June's Sea Ice Prediction Network (SIPN) summary has taken so long to come out I had stopped checking for it. Commenter Nightvid let me know last night that it was out (Thanks!). And whilst I am on the subject of prediction I will include my prediction for Cryopshere Today Area (CT Area).


Due to the layout of this blog I'll start with CT Area prediction, the graphs are smaller. Due to Wipneus having cracked the way CT Area is calculated I have already posted my prediction using his data as provisional. Now I have full CT Area data here is the formal prediction for the daily minimum of 2015 (in September), but as is to be expected Wipneus got it right, and there is no change. The technique is described here.

So what does this prediction look like? In terms of the seasonal cycle for all years since 1979, with older years shown darker, here is a plot, with the prediction upper and lower ranges shown in black. 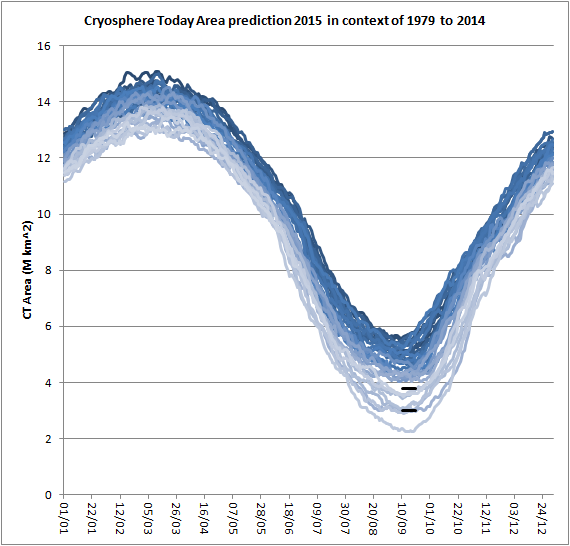 For completeness I show the post 2007 years. It is clear that the June CT Area cliff is over and has been rather muted this year, certainly not like 2012. The technique used to predict CT Area implies relatively level anomalies from 23 June to the minimum. 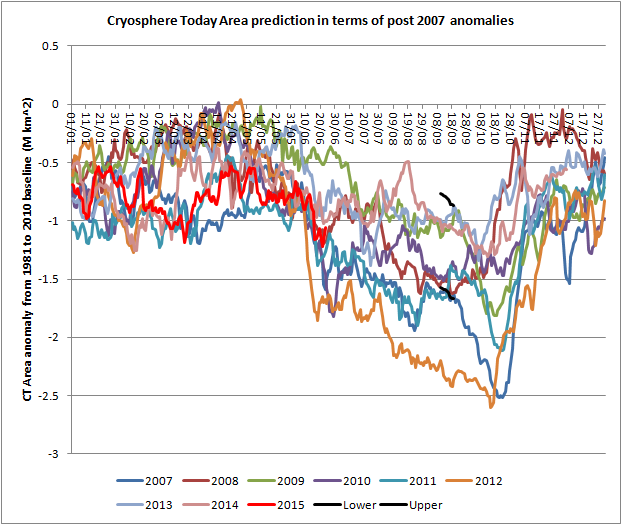 Now that I am past the 'sidebars' of this blog format...

June SIPN is now out, the official summary can be read here. The following graphic shows the 31 Pan Arctic submissions to the June 2015 SIPN. Red squares show the central values, and where applicable the ranges are shown as black lines, i.e. upper to lower bounds. The names of the entries are appended with the type of prediction, S = Statistical, H = Heuristic, SH = Statistical/Heuristic, M = Modelling. 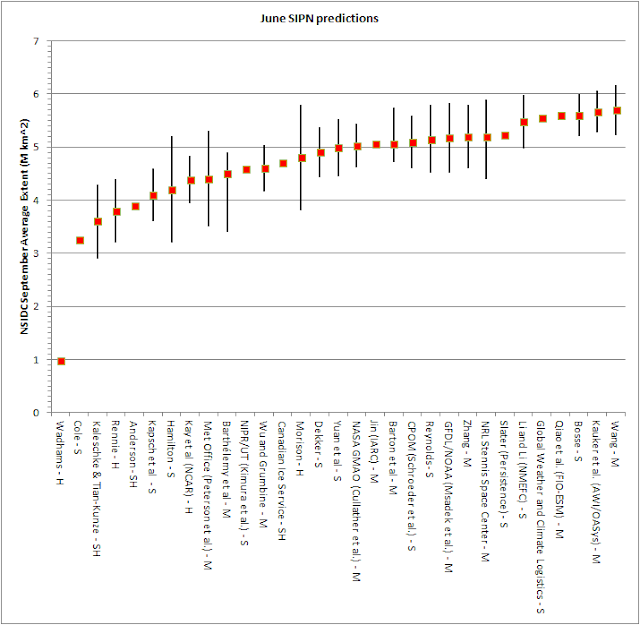 From Wadhams, the lowest prediction, predictions increase to around 5 million km^2 (M km^2), where the bulk of the predictions lie. For those persuaded by the notion of 'the wisdom of crowds' this might seem persuasive for an expectation of around 5M km^2.

Ordering the above data by range, the difference between the upper and lower bounds of the prediction, spot values predictions are ordered in value of prediction. 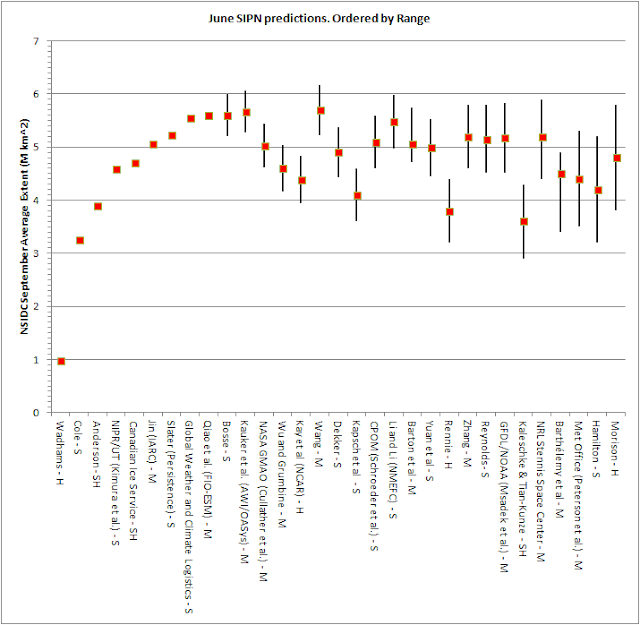 Tabulating the predictions with ranges suggests the same as for the above, there is no strong pattern of relationship to prediction method. 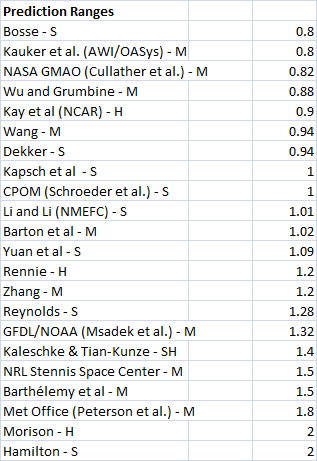 Ordering the data by the method of prediction produces some interesting pattern. 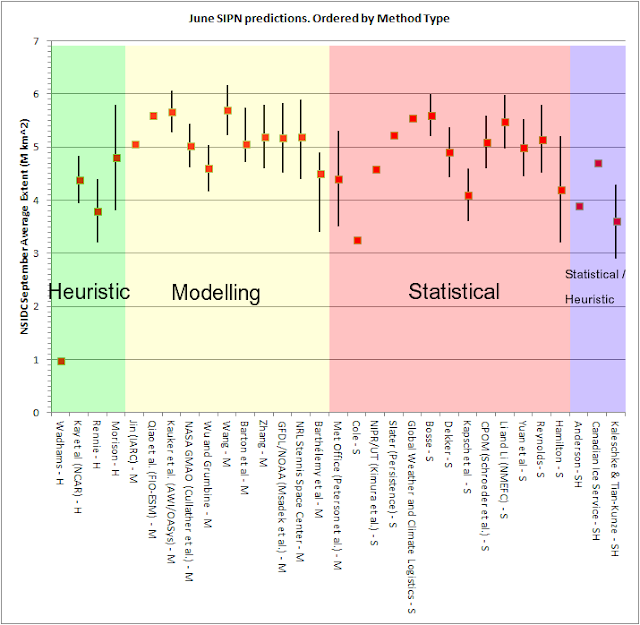 Modelling produces a tighter spread of prediction, once again the 'wisdom of crowds' argument would suggest around 5M km^2. The behaviour seen above is investigated by tabulating some key statistics.

My prediction was made on 31 May 2015 and was 5.15M km^2 +/- 0.64M km^2. It was a statistical technique using April PIOMAS gridded volume data with no later data used. 14 of the June SIPN predictions with ranges have smaller ranges than mine, 7 have larger. In terms of the central value of the predictions, my prediction is within the centre of the spread, close to the median (5.00M km^2).

I have recently pointed to the HYCOM model as possibly indicating that a large loss may occur this year. Nine days on, my reading of the other available data does not indicate either way what the season will bring. In line with what I said in the comments on that post, I am not conducting a running commentary. I will comment further on the prospects for the 2015 summer minimum in my summary posts using all data I have access to when PIOMAS data is out in early July.