Back on the 11 June this year I drew attention to a large polnya in the Laptev Sea and suggested it was likely to play a large role in the 2014 melt season. With data available through to 30 June it's time to see how it's going.

As I will be detailing in my upcoming June summary posts, 18 June has been a crucial turning point, so I've taken 30 June, 18 June and 5 June to give equally spaced samples around 18 June, the date the atmospheric shift happened. Original images from University of Bremen.

By the end of June the polnya is growing into a very significant feature as can be seen from this image for 30 June, again from University of Bremen. 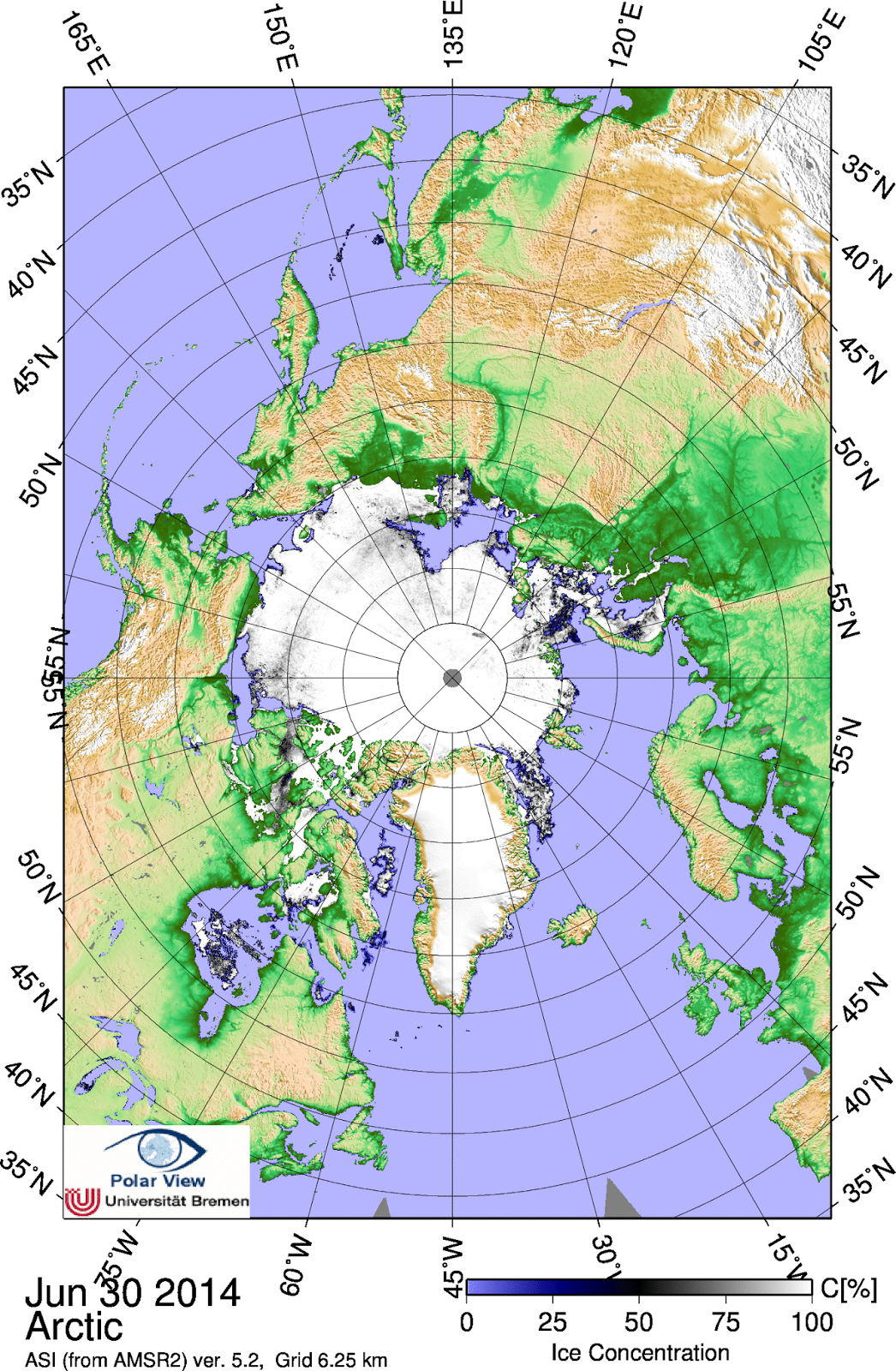 And the warming of the ocean can be seen in this anomaly of sea surface temperature plot from DMI. 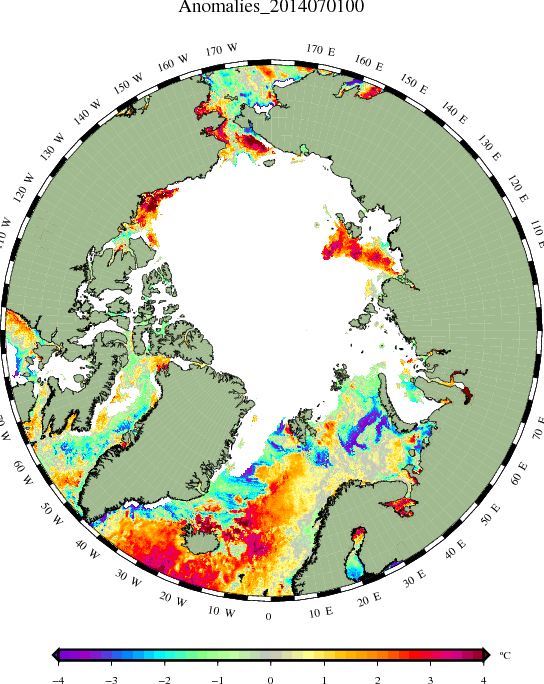 When I posted on 11 June I had a suspicion winds could close it, now I'm allowing myself to get a bit excited about this feature.
Posted by Chris Reynolds at 13:06

Compare to 2007 and 2012. While both had similar features neither was as large or stretched as far north.

Prospects for an opening of the North East Passage look good.