I have plotted sector extent based on these sectors. 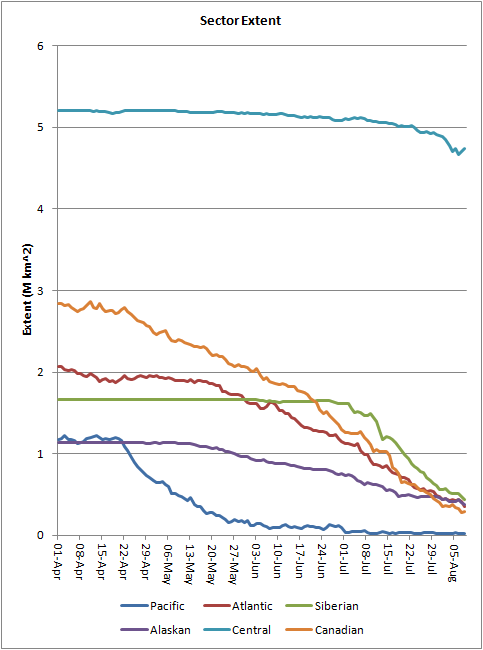 Looking at that data in terms of the anomaly (difference from a long term mean), through July total losses were higher than average, this was driven by losses in the Siberian Sector (caused by the Arctic dipole). Now that the Arctic Dipole pattern has gone losses in the Siberian Sector have abated and overall losses are average, only the Central Arctic shows losses above average. 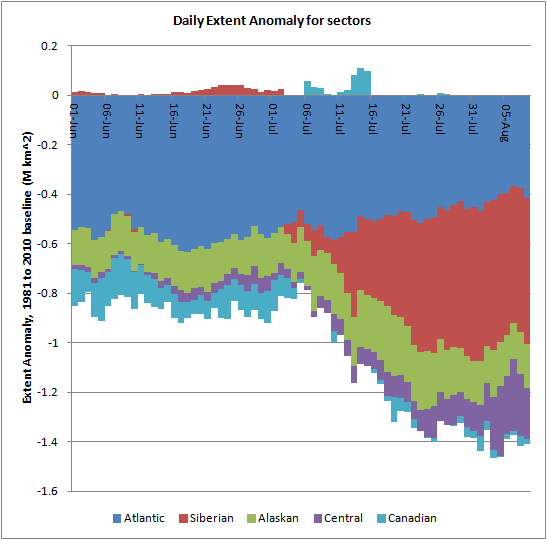 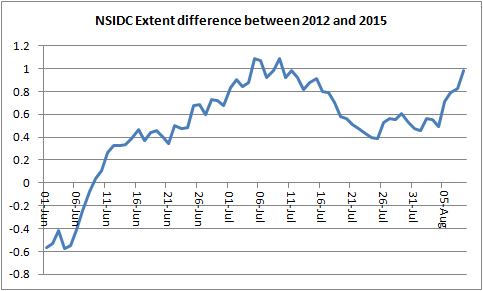 In recent days 2012 has increased its lead on 2015, this is due to the immediate impacts of the Great Arctic Cyclone of 2012.

Which brings me round to the main reason for this post, there are two potentially significant cyclones in the weather forecasts for the coming week and shortly after. 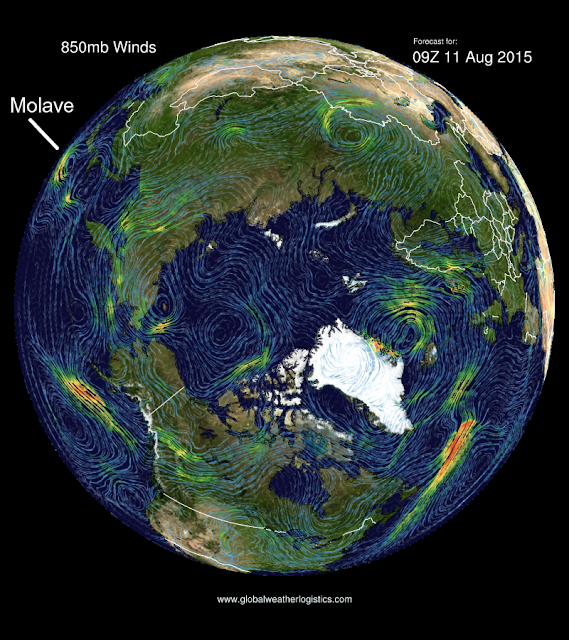 The above graphic is taken from Global Weather Logistics via Cryosphere Today. The twin centres of wind movement (anticlockwise around a cyclone) develop to fill the Arctic Ocean on Thursday to Saturday, but I want to draw attention to the barely visible tropical storm called Molave. This storm is seen in the following graphic from NOAA.

Tropical Storm Molave is seen in the bottom left of that graphic, its track is shown to the south east past Japan. In the furthest run from GFS it is seen over Barents and seems to be being entrained in the demise and movement to the Atlantic of the first Arctic Ocean cyclone discussed above. Former tropical storm Molave is marked by an exclamation mark in the following graphic. 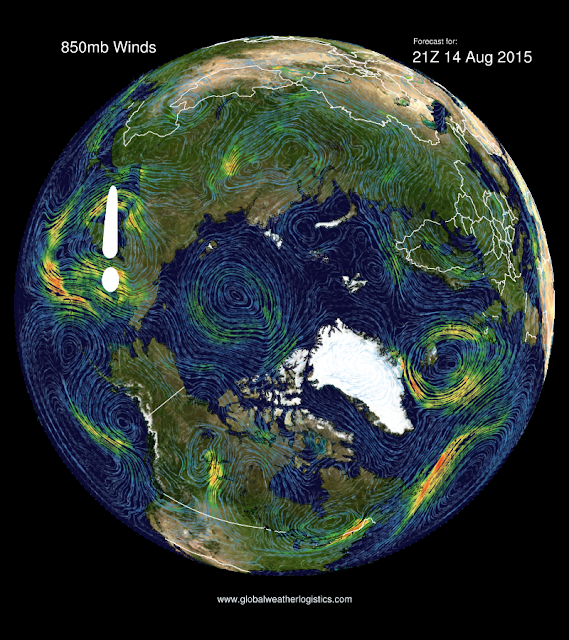 The first cyclone is more certain, this possible interaction from Molave is more speculative as it is at the end of the prediction period where uncertainty increases.

However I suggest that the actual decline of sea ice will be at average rates with little surprising happening this week, until the end of the week when the first of these cylones hits and we will have a better idea of what will be happening to the remnants of tropical storm Molave. I am not sure what effect either of these weather systems will have on the ice, but the effect could be significant. The current average losses might just be changed by these weather systems.

A discussion on this has started here.
Posted by Chris Reynolds at 11:17