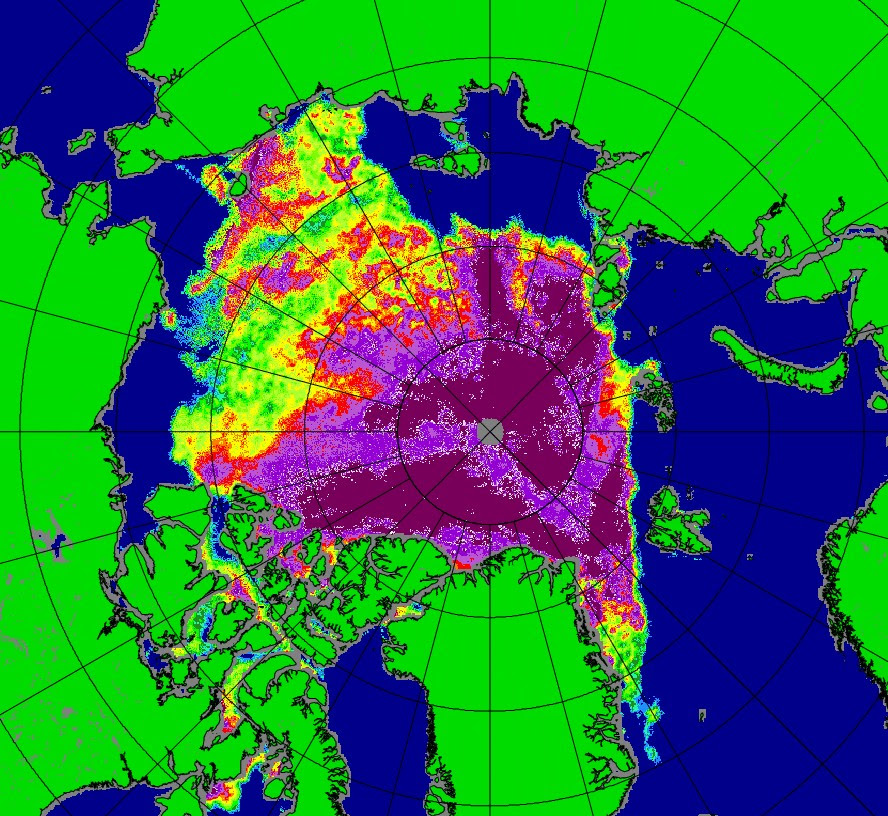 To keep it over the relevant period, I've uploaded a copy of Bremen's last 31 days movie below.

How unusual is this? Cryosphere Today has a page allowing the comparison of pairs of dates of sea ice, however there is a gap around July for both 2009 and 2010. Here however are the available years 2012,11,08,07 - 2012 shows an abnormally low concentration from Beaufort to Siberia. 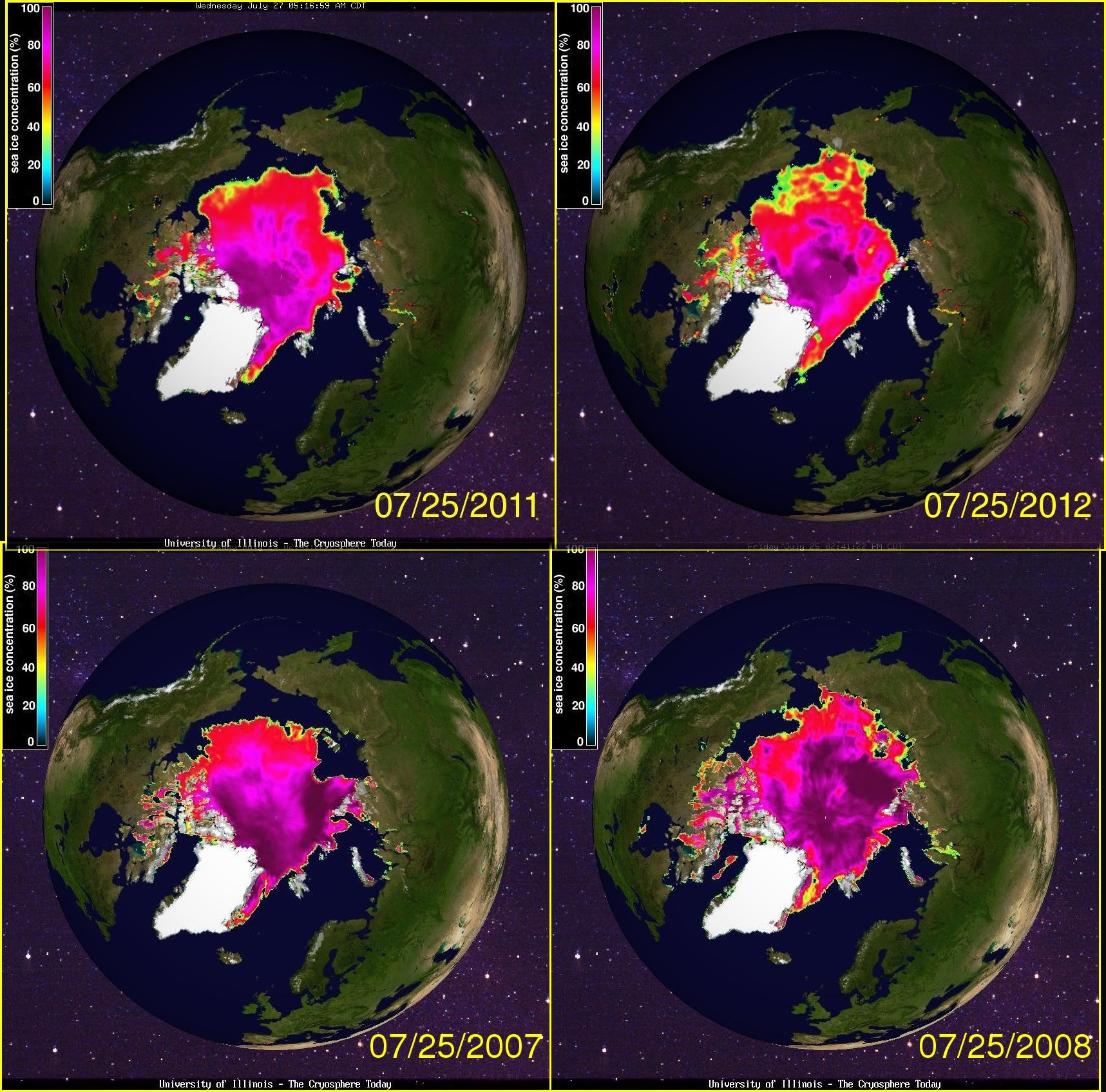 The detailed pattern of concentration varies from day to day, however the area from Beaufort to Siberia does show a consistently low concentration. Looking at the period since 2003 for 27 July using Bremen's archives (AMSR-E, SSMIS) supports the idea that this low concentration is very unusual.

Such regions of low concentration are likely to largely melted out by September, for example this happened in 2003. Due to the failure of AMSR-E and the switch to SSMIS mean that we are seeing an artefact of SSMIS and that this is really something like widespread melt ponds? As Bremen's webpage warns, because of this change the SSMIS maps should be used carefully. So is the low concentration merely an artefact of the loss of AMSR-E and the change to SSMIS? The condition of the ice shown by SSMIS in the anomalous area seems to supported by Terra/Aqua, where breaks in the cloud allow.

The 2007 record minimum stands for all indices but Cryopshere Today's area, which was broken at 2.90 M km^2 last year. My bet is that this year we'll see the 2.9 barrier broken, significantly. My guesstimate is from 2.85 to 2.5 M km^2 at the daily minimum for Cryosphere Today's area metric, depending on what the weather brings. I do not think a figure above or close to 2.9M km^2 is plausible.
Posted by Chris Reynolds at 04:26