I can't find anywhere on the 'net what AMSR T2 is. I had initially assumed it was 2 metre air temperature. But when I saw the scale on the source page (after updating Java) it's showing -28degC! The Arctic just isn't that cold at this time of year. It's not telling us areas where there isn't melt, because as the N Pole webcams show, there's melt up there. So what it's telling us I don't know.

You use can the site to examine this technique as follows.

* When it loads select the date of the September sea-ice minimum you want to compare to. You may as well then select AMSR.n.T2 as that's what you'll be subsequently using. Click on 'load' to load the image.

* Now there should be another drop down listbox on the right of the screen, on that you need to select AMSR.C.0.3 to get the minimum ice extent at 30% for that year. If it doesn't show click 'toggle'

* Next go back to the date at the bottom of the screen and move to the end of July. Click 'Setdate' to load the image for that date.


Here are my results for 2008, 22 to 28 July, the ice-edge is for the minimum of 2008. The post states the 25 July is the key day, however there is no natural process that would specify this day (e.g. 1. take account of leap years 2. amidst the variation of the minima date...), and I wanted to see how much the choice of day changes the result (I've done spot dates for other years and find the same effect. 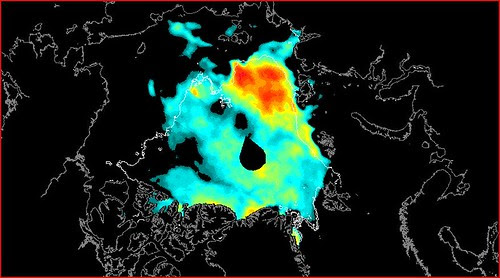 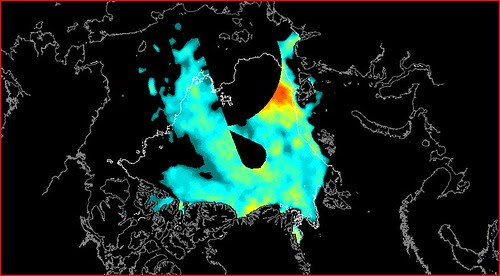 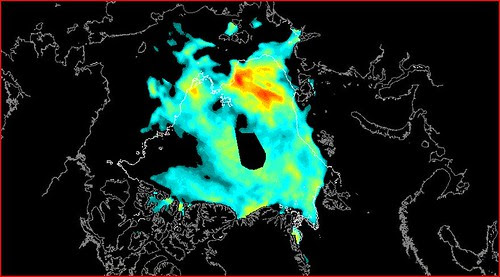 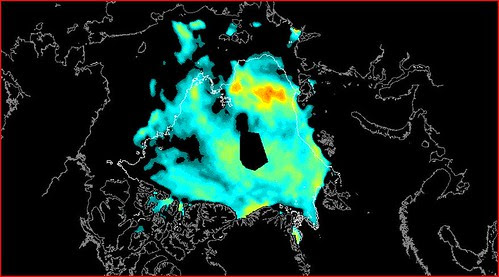 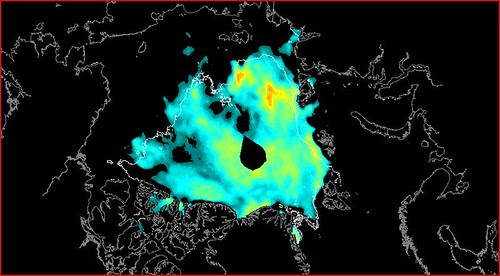 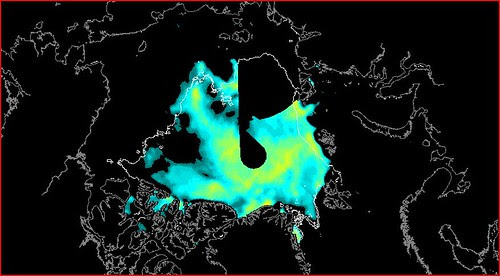 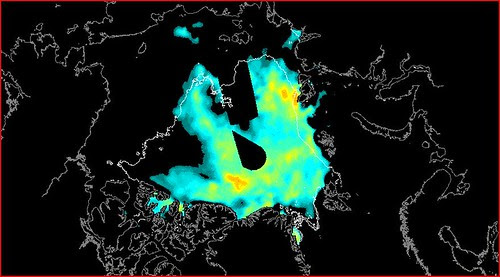 So the visual correlation is highly sensitive to the actual date used.


Then there is what happens when you take the minima of a certain year and compare that to 25 July of other years. 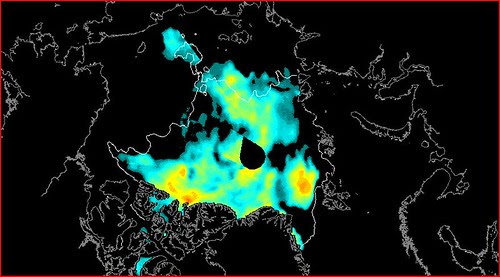 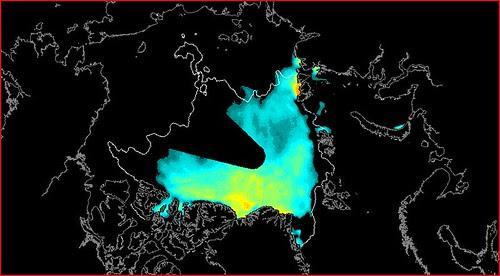 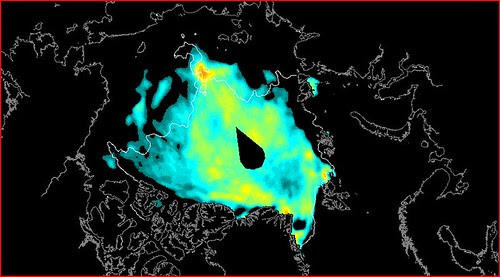 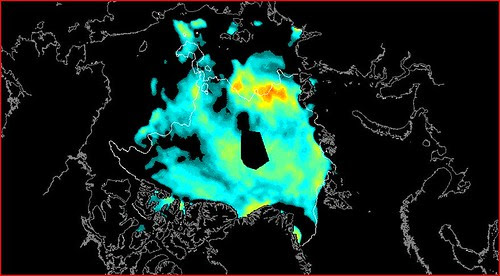 I've deliberately not stated what years I've used there, the test is: Which is the prediction for the white outline of September minimum? Without reference to the original post could you tell? 2007 is obvious as way out, but there's as much agreement between 25 July in the other years as there is between 25 July 2010 and the minima of 2010.

So what is going on here?

When I first saw the post at Sea Ice Blog I was impressed, now I'm not convinced. I have in mind an effect comented on by Professor Carl Wunsch with regards published papers that claimed to show correlations between events using ice core and other data: When comparing time series with similar fourier transforms it's possible to see correlations where none exist because the periodicity of the signals are similar.

I think we have a similar problem with regards the Arctic, but one in two dimensions. In the Atlantic sector there's been little change in the ice edge and there is little seasonal change. This is because the ocean provides most of the melt energy in that region and there is a balance between ice export to the region and melt due to ocean heat fluxes. So we're limited there. However for the Arctic Basin sector there has been extensive retreat and the past few years have all been in the same ball-park. So it's easy to see a correlation where none in fact exists.
Posted by Chris Reynolds at 02:07

It is the 6GHZ brightness temperature as seen by the AMSR-E instrument flying on NASA's AQUA satellite.

Without updating JAVA it is available here: Sea Ice Charts

So it's the direct measurement of 6GHz emission, I've just had a cursory look and as I already knew - the interpretation of such data is an entire body of science in itself. If I ever get round to looking into it it'll be a fair while.