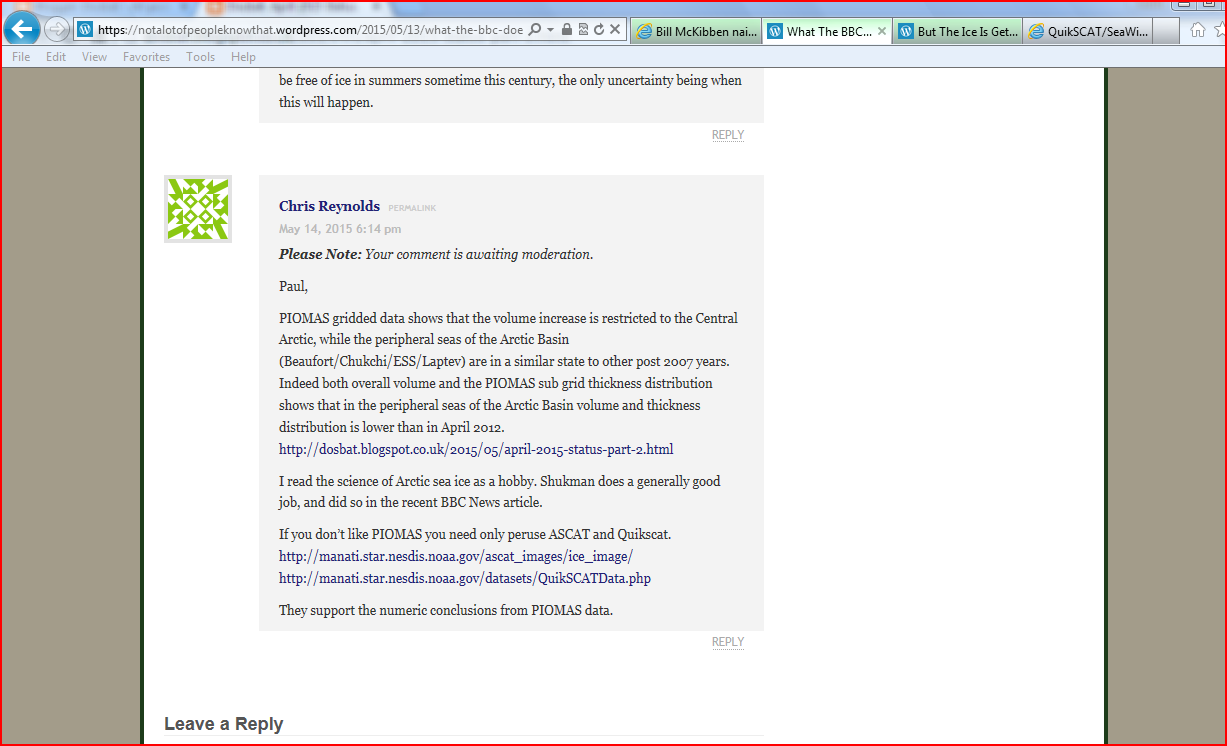 Hi Chris, and thanks for the heads up over at Neven's.

By some strange quirk of synchronicity that makes two of us simultaneously stuck in Mr. Homewood's (no L) "moderation queue" for the self same post, at this very moment!

I haven't blogged about this incident yet, but here's my file on Mr. Homewood and his previous antics:

You may note that I prefer to archive the state of a potentially offending blog both before and (sometimes numerous times!) after I post a comment.

Here's one I prepared earlier, tracking a missing comment of mine on WUWT at the moment. I haven't blogged about this incident yet either, but if it's of interest you can follow the saga over on Twitter, starting at:

The trail may be difficult to follow if you're not used to the way Twitter works, but some of the side alleys are interesting also!